In 1994 just one year out of high school the owner and founder of Heartland Computers was changing the oil of his 1984 Chevy Cavalier on a hot July afternoon when over the radio he heard about a job fair at this fast growing tech company; Gateway 2000. Dressed in a white t-shirt with some oil stains he hopped in the Cavalier and drove down to the cow spotted buildings in Sioux City, IA. With a down-to-earth charisma only found in the Midwest, Gateway hired Carl, oil stains and all!

Excelling at Gateway being the only person in his training class to disassemble and then reassemble a working computer on his first attempt. Gateway provided ample training and hands on experience needed for his new career in information technology and computer repair.

In 1995 with the help of family and friends at the young age of 20 Heartland Computers opened in Sioux Center, IA. The first store was located on main street Sioux Center in the Pencil Box store. After a year Heartland Computers moved across the street into the Centre Mall. At that time building desktop computers for customers and wiring offices with CAT5 was the main focus. The company continued to grow and started provided service contract work for manufactures such as Gateway, Dell, HP, Compaq, along with major retailers Sears and Best Buy. Yes before the Geek Squad, Heartland provided Best Buy's™ on-site service in the local area! 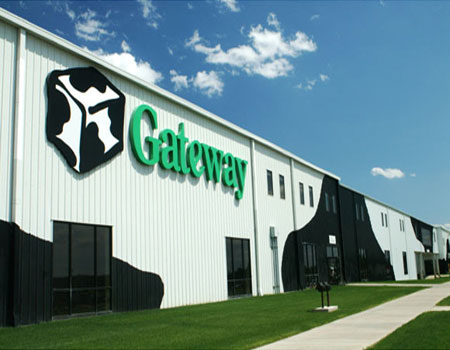 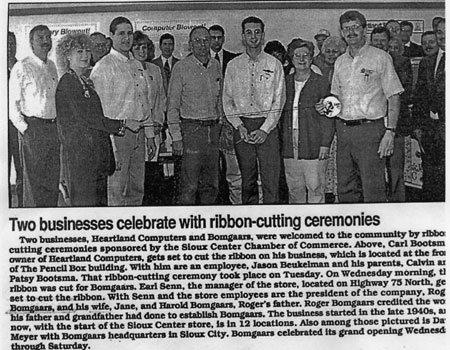 In 2011 Heartland Computers opened a new retail store in Sioux Falls. The companies focus changed as customers demands have moved from desktops to laptops. With new laptop prices often costing thousands of dollars our company worked with major manufactures to buy open and store returned laptops. In turn we were able to offer our customers exceptional prices saving them hundreds versus buying new.

Today we continue to offer the largest selection of laptops in the area and carry all the major brands: Apple, Asus, Dell, HP, and Lenovo. Plus, at wholesale prices you will not find a better deal! We sell new, used, and store returned laptops and desktops. But the #1 reason we continue to grow is we service and repair more laptops in the Sioux Falls area then anyone. As professionals we will help you make the best decision.

We are excited about our future and would like to thank our loyal customers for their continued support and look forward to serving our new customers with that down-to-earth charisma found only in the Heartland.

"No company will work harder for your needs, so give us a call today and thanks for choosing Heartland Computers!"
Carl Bootsma - CEO

Did you know we sell more new, used, refurbished laptops than anyone in Sioux Falls? With over 100 laptops in stock, we have the largest selection at the best prices.

Did you know we take trade-ins and buy used computers as well?

Stop in today and see why we are the place to go for all your computer needs!